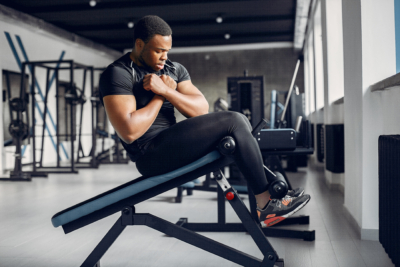 Men… Take Control of Your Health …Get Screened!

According to Cleveland Clinic…for many reasons, men are much less likely than women to seek medical care, sometimes causing harmful delays in diagnosis and treatment. Many of the major health risks that men face, like diabetes, prostate cancer or heart disease can be prevented and treated with early diagnosis. (ref.1).

It is important to note that a Cleveland Clinic Survey (2019) stated that men in general will do almost anything they can to avoid screenings. (ref.2) One of your male family members or neighbors might be building a patio this summer and putting off scheduling doctor appointments and routine screenings. One of the most problematic behaviors contributing to this lifespan disparity is the non-help-seeking nature amongst men. Statistics show that women are 33% more likely to visit their doctor and 100% better at maintaining screening and preventive services than men. (ref. 3) The Cleveland Clinic has launched a campaign, MENtion it -that encourages men to get screened. (ref. 4)

As a nation, we celebrated Mother’s Day May 18, 2022. On June 19, 2022 we as nation will be celebrating Father’s Day. It is important to note that there are significant differences between the health of men and women in the United States. According to the Centers for Disease Control and Prevention, men in the United States, on average, die 5 years earlier than women and die at higher rates from the three leading causes of death, heart disease, cancer and unintentional injuries. (ref. 5)

Greetings from President and Chair of Health Legacy of Cleveland Ohio Inc.

It is my pleasure to serve as the President and Chair of the Board of Directors of Health Legacy of Cleveland, Inc. This organization has played a pivotal role in highlighting health care disparities between the African American community and other communities in the United States and has also provided ongoing scholarship support to ensure that more minorities attend medical and dental schools so that the pipeline of minority physicians and dentists is secure.

We are in the process of expanding our mission to also become more activist in our approach to healthcare needs and disparities by connecting the medical expertise of our Board members to the ongoing health care challenges that are being experienced by the Black community during the COVID-19 pandemic and beyond. We invite your involvement, ideas and continuing support of our efforts. I look forward to working with you more in upcoming days ahead.

Dr. Bessie House-Soremekun
President and Chair, Board of Directors
Health Legacy of Cleveland

JUNE IS AN IMPORTANT MONTH FOR FUNDRAISING!

The Health Legacy of Cleveland Online Application Process closed on May 17, 2022 for Medical and Dental Students to be considered for Scholarships. 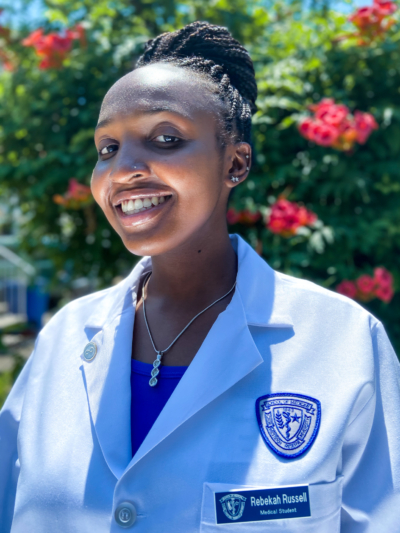 I began my pursuit of medicine before the beginning of the 2019 pandemic, however the pandemic changed my experience during my first year of medical school. My first year of medical school was completely virtual which impacted my ability to explore various specialities through shadowing and my ability to make connections with classmates. Despite that experience, the pandemic reinforced the disparities faced by minority populations across the world. I became more empowered to focus my career on addressing the social and health inequity as a result of the pandemic.

I have always wanted to be a physician and have never lost my interest despite facing obstacles. I think my initial interest came from my pediatrician who really demonstrated the importance of building relationships with your patients. Even though I was a child, I could feel that she was trustworthy and someone who would take care of me. My interest in medicine was further developed when I completed my 7th grade Body’s System Project and could not stop talking about the brain and the heart. While in high school, I pursued opportunities that allowed me to experience science and medicine. I was fortunate enough to be exposed to mentors that supported me and further validated that I had what it takes to become a physician. 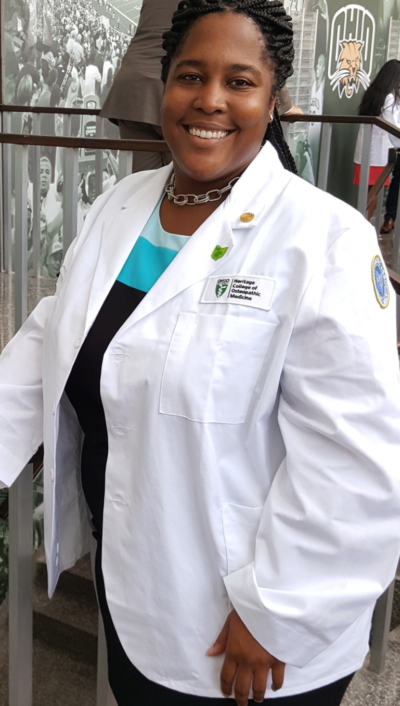 “For any prospective Health Legacy Scholar, please do not give up on yourself or the dream that only you may be able to see at times.”    Jennifer Ruffin My journey in medicine has been a long, difficult and trying process. However, looking back I am so thankful for the life, education and experiences of struggle that challenged me.   As a native Clevelander, I am excited as a third-year osteopathic medical student to see the fruits of my labor finally take off.  I want to be part of the solution in bringing affordable preventative healthcare to Cleveland’s underserved communities. For any underrepresented minority, black or brown pre-medical student that is reading this, I say to you-You are so desperately needed in a profession where underrepresented physicians are difficult to come by. Where an entire hospital can be filled with physicians who don’t look or sound like you.  Please take advantage of any post baccalaureate, pre-matriculation and or master’s degree opportunity prior to medical school.  The knowledge you attain in these programs must be looked at [...] 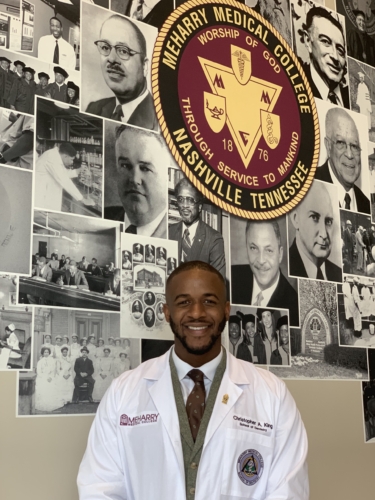 Christopher King is a native of the Hough neighborhood of Cleveland, Ohio. Christopher is a product of the Cleveland Metropolitan School District, being a graduate of Whitney Young and the School of Science and Medicine at John Hay. After graduating high school, Christopher matriculated to Morehouse College in Atlanta, Georgia. At Morehouse, Christopher majored in Biology and started his journey to Dentistry. During his freshman year Christopher participated in the Summer Medical and Dental Education Program at the University of California- Los Angeles. During this program Chris learned how Public Health and Dentistry intertwine and how a Dentist can maximize their reach to underrepresented populations that need care.  Upon returning to Morehouse, Christopher solidified his career choice and joined the Executive Boards of the Health Careers Society, Atlanta University Center Public Health Institute, and participated in other experiences to grow in leadership and to give back to the community through service projects. While building his experiences and resume, Christopher graduated from Morehouse College in 2016 with Cum Laude honors, but still did not feel [...] 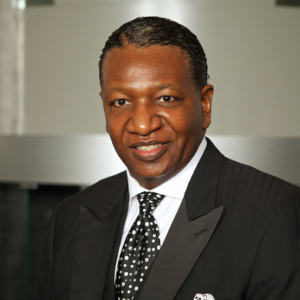 Health Legacy of Cleveland  is proud to highlight Dr. Andre K. Mickel as an outstanding Board Member.  He has been one of the pillars of Health Legacy for over 20 years.  He has given his time and talent richly to our organization.
It is no secret that Dr. . Andre K. Mickel is a leading Endodontist in Cleveland specializing in the most difficult and highly complex root canal cases. When he is not treating patients in the office, Dr. Mickel serves as the head of the  Endodontics Department at the highly regarded Case Western Reserve School of Medicine..
He also uses his years of experience in Endodontics to lead the school’s Postgraduate Endodontic Program.  In addition to his teaching and mentoring duties, Dr. Mickel also conducts state-of-the-art research on dental issues.
Dr. Mickel has garnered national recognition for his work as well.  At one point in his career, the American Association of Endodontics awarded Dr. Mickel the AAE Osetek Award for the most outstanding young Endodontic educator in the world.
Overview of Other Accomplishments by Dr. Andre Mickel:
Again, Health Legacy of Cleveland salutes this brilliant, yet humble leading Endodontist in Cleveland for making such an important contribution here and beyond.

RECOGNIZING DR. CHARLES MODLIN-ONE OF OUR OWN HEALTH LEGACY OF CLEVELAND, OHIO BOARD MEMBER

This month, Health Legacy of Cleveland is proud to recognize one of our long serving Board Members, Charles Modlin, MD.  He has had a brilliant career in the medical field, bridging the health disparity gap for minorities.  Recently, he has joined MetroHealth after more than three decades at the Cleveland Clinic, where he was Executive Director of Minority Health. Dr. Modlin is MetroHealth’s first Medical Director for Inclusion, Diversity and Equity.  In this role, he is part of the leadership team for diversity working with Chief Equity Officer, Alan Nievel. He is also maintaining a urology practice. At the Cleveland Clinic, Dr. Modlin [...]

SCHOLARSHIP AWARDS WILL BE ANNOUNCED BY JUNE 30TH

As Dr. Martin Luther King Jr. fought for equality and human rights, the African-American medical community marched in step with this important American civil rights movement of the 1950’s and 1960’s.

CHECK WHEN YOU SHOULD GET THE SHOT AGAIN! Yes, this is April where the Center for Disease Control (CDC) and the National Health Observances (NHOs) are focusing on the following topics... Minority Health, Public Health, Sexually Transmitted Diseases (STDs) and Immunization to improve the health of our nation. Also, the U.S. Department of [...]

According to CDC- Colon Cancer is Preventable, Treatable and Beatable It is important to note- that the pandemic has illuminated the health disparities in this country. “Overall black males and females have higher incidence and mortality rates with colorectal cancer than other races” -U.S. Cancer Statistics Data Briefs, No. 16 [...]

Health Legacy of Cleveland encourages you to: Be more vigilant than ever about your overall health during the pandemic.  Take up heart-healthy habits like staying active by increasing your daily steps (if medically possible).  Avoid overeating, which can be challenging for people that find themselves working from home.   Eating [...]

HEALTH LEGACY OF CLEVELAND WANTS YOU TO… GET THE SHOTS!!!

Board Members and Executive Officers

ARCHIVE BOARD MEMBERS PICTURE FROM 2013

Or Mail your check to:

Health Legacy of Cleveland would like to acknowledge the passing of the mother of Cynthia Clark, the former Executive Director of Health Legacy for over 20 years.

Our History in Medicine

HLC Officers and Board Members