Our History In Medicine

Our History In Medicine
LEAVE YOUR LEGACY – CLICK TO DONATE NOW

Please view our slideshow and article on African-American’s contributions in Medicine, and information on the lack of diversity in health care, then and now.

Organized medicine has long reflected that most American of obsessions: race. For well over a century, the American Medical Association has been the nation’s largest and most powerful physicians’ group — and an overwhelmingly white one. Black physicians have their own, lesser-known group, the National Medical Association.
On July 10, a spotlight fell briefly on this schism. The A.M.A. made a rare public address to the N.M.A. to deliver an even rarer message: an apology to the nation’s black physicians, citing a century of “past wrongs.”
What wrongs, exactly? Dr. W. Montague Cobb could have answered that question at length.
Dr. Cobb (pictured below) — physician, physical anthropologist, civil rights activist, president of the National Medical Association in the 1960s — knew that the organization owed its very formation to racial barriers. It was founded in 1895 after the A.M.A. refused to seat three African-American delegates at its annual meetings in 1870 and 1872.
He also knew that black patients and doctors were often relegated to subterranean “colored” or charity wards or banned from hospitalsaltogether; they had responded with their own hospitals and medical schools, at least seven of which existed in 1909. 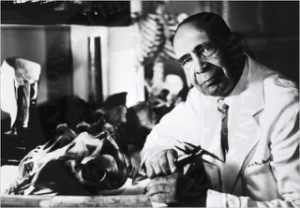 That year, the A.M.A. commissioned a well-known educator, Abraham Flexner, to visit and evaluate each North American medical school. His 1910 report, “Medical Education in the United States and Canada,” raised a further hurdle for black doctors: it recommended that all but two black medical schools — Howard and Meharry — be closed. Unable to attract financing, the others did close, and the number of black physicians predictably fell.

In 1963, when Dr. Cobb became president of the N.M.A., the United States had 5,000 black doctors out of 227,027 total. Although A.M.A. membership was often important to hospital practice, specialty training and professional achievement, many chapters and “constituent societies” — medical groups that were the gatekeepers to the larger organization — were closed to blacks.

And the A.M.A. repeatedly refused to force its constituent societies to admit blacks. In 1952, Dr. Martha Mendell, a white member of the Physicians Forum, a multiracial doctors group in New York, argued: “The claim of the A.M.A. that it is powerless to correct this practice because of the ‘autonomy’ of its component societies is an evasion of its responsibility. Surely, if the Southern medical societies decided to admit chiropractors to membership, the A.M.A. would quickly find the means of redefining this autonomy.”

Prior to the Civil War medical education was not open to people of color in the United States, due to enslavement.
The Post Civil War era provided scarce opportunities for education and treatment for African-Americans. Separate institutions were built since integration was not an option, including the founding of the NMA (National Medical Association) in 1895, since Black doctors were not recognized in the AMA (American Medical Association).

This and other Black organizations helped immensely, but segregation continued into the 20th century. Although some black students were admitted into white medical schools and hospitals, they faced blatant racism, ostracism, and prejudice. Even now in the 21st century, there is still an alarming lack of diversity in the education system and health care as illustrated in Dr. Tweedy’s recent article in the NYT.

Health Legacy of Cleveland, Inc. is apart of the positive groups founded to eradicate that lacking. We assist minority medical & dental students in succeeding and achieving their goals. We offer formidable scholarships and provide reputable student programs for them, throughout their education and career. That mentoring ultimately helps bridge the gap in health care disparities in Ohio, and across our nation.

Health Legacy is dedicated to increase the pool of African-American physicians in the Greater Cleveland area. Please visit our eworldwire.com link for the latest news